Not to be a broken record, but I don’t know how it’s already May.

Not only is it already May, but it’s already almost a week into May? I don’t understand where this month went exactly, but I’m very grateful that it went by faster than the year and a half that was March. I think almost every recap post I’ve read so far this month said the same, so I know I’m not alone in this feeling- but I still can’t believe we’re in the fifth month of 2020 already.

Anyway, now that we’re here (thank you for being here), I’m going to talk about what I read this month (more than March! unsurprisingly, it can’t be difficult to beat March), the little that I blogged, and the even littler that I did in real life, and some goals for May!

END_OF_DOCUMENT_TOKEN_TO_BE_REPLACED 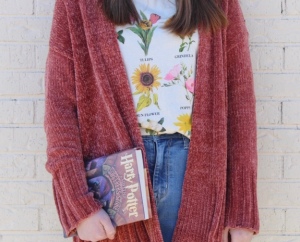 Welcome to Purely Olivia! I’m Olivia, the bibliophile behind this blog. I’m an avid lover of the color pink, frequent user of parentheses, and always dreaming of fictional worlds. I’m so happy you’re here! (More about me here.)